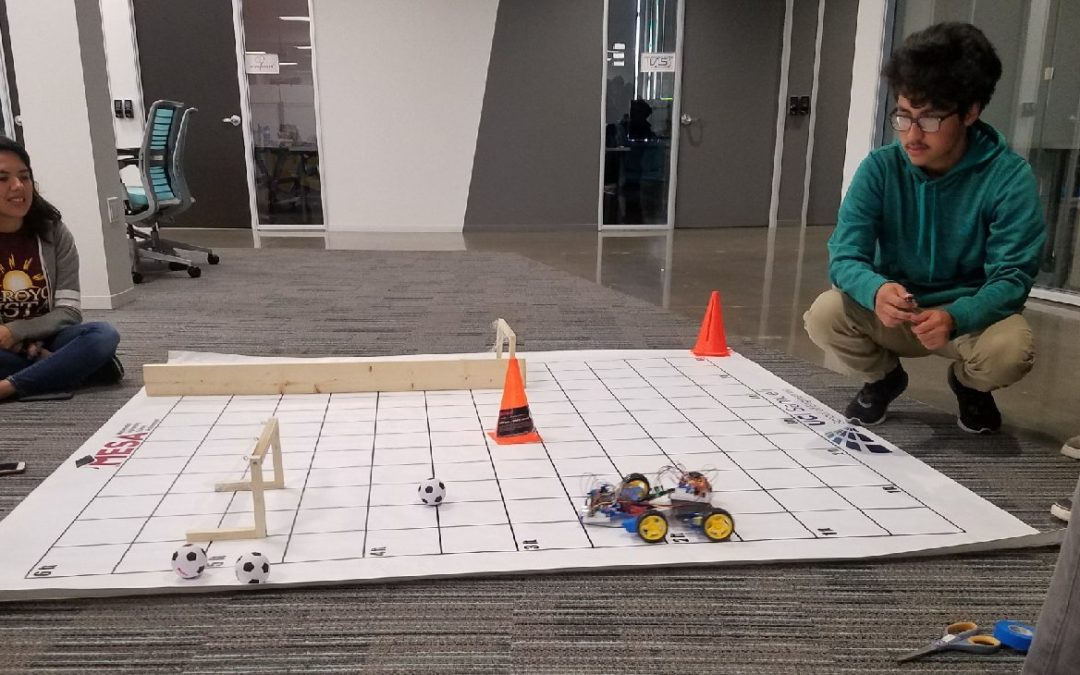 By Jade Kim, Operations Administrator at Base 11

High school juniors from the Samueli Academy recently took part in the Arduino Tech Sandbox Challenge Saturday Academy, where they spent three Saturdays at the Base 11 Innovation Center in Orange County, California, learning how to code, build, and test their very own “soccerbots.”

“I learned how to design both the hardware and software, and how to make it all work in unison,” said Xavier, one of the student participants.

The program, which was made possible through a collaboration between Base 11 and OC STEM, enabled students to become familiar with the engineering design process under the guidance of STEM undergraduates. In the Sandbox Challenge, they got to design, fabricate, and code their own “soccerbots,” a robot that is programmed to follow a line and kick a ball into a goal. They also practiced working on a team and cooperating to achieve a common goal.

Each team received the same basic tech sandbox kit containing an Arduino microcontroller, DC and servo motors, IR and ultrasonic sensors, wheels, and a host of additional components. The chassis and other components were fabricated via 3D printing or laser cutting.

The program concluded with the students presenting their soccerbots to their peers and mentors in a format modeled after professional industry presentation.  Each participant explained what roles they had in building and coding the robot, as well as discussed any challenges they had to overcome. 100% of students reported a prominent increase in their engineering skills and knowledge, as well as a deepened interest in pursuing a STEM career.